This is not me blogging,

This is me trying to pin a mood board... 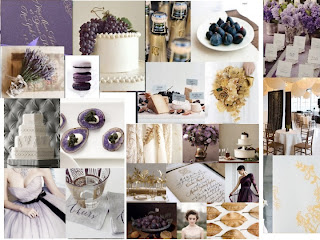 So Long and Thanks for all the Fish!

Well just in case it wasn't obvious to any of you-- I've decided not to blog any more. I was only blogging on the weekends, and my weekends were getting fuller and fuller and I had less and less to say on my blog (hell I don't even pin that much! but by all means follow me on pinterest.)

Thanks for reading, and if you know me in real life send me a text, a gchat, a facebook message, a linkedin message, or a letter, I like friends.

If you feel like it check out some of my favorite blogs on the internet:

We bought a couch!

This weekend, Tallman and I bought a couch! We went to Jordans with our coupon from when we bought a mattress and spent 4 hours picking out a couch. 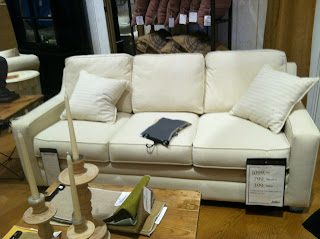 This is it. It will be covered in a slate/graphite colored cotton that is on the couch. It seems a little dark but in natural light its not so bad, not like a velvet or a suede of the same color. Its a little shorter than our current couch, but the arms are lower so you can put a pillow on the arm and lie down (which I did in the store and was very comfortable).

Its made in America, and will not get to us for 11 weeks. But thats fine. We're just happy to have purchased a couch we both like and are excited about.
Posted by ~h~ at 8:13 AM No comments:

The slippers that I've been using for the past few years I bought for my mother. Then she lost them. Then I found them. Then I took them away to college with me. Since then I've bought her many wool socks. She is less likely to lose those.

But this was so long ago that these slippers are now so worn that they don't have any fluff in them, and they're looking pretty matted and gross.

It might be time for new slippers. Maybe.
The bottom ones are the ones I have now. But those top ones are looking pretty cozy!
Posted by ~h~ at 9:45 AM No comments:

No, I'm not talking about Scrabble! I'm talking about quail, boar, rabbit and venison. Four years ago I went to my first wild game night at Sel De La Terre, and my eyes were opened. Now I eat venison whenever I can (its plentiful, its a pest, it doesn't pollute, and its delicious!).

My parents, Tallman and I are going again tonight. I am so excited. If you want to have a game night of your own many specialty butchers carry these meats, and so does Whole Foods. Throw on a plaid shirt and invite a couple adventurous friends over!

Venison is delicious in a sausage mixed with pork or beef, but on its own it is delicious as a steak. Just make sure you do not over cook it! That will cause it to taste like liver which I don't find particularly appetizing.

I've never had it as a shepherds pie, but I imagine it is amazing!
Wild Boar is just like pig, but a darker meat. Remember that ad campaign, pork the other white meat? Well Boar is not white meat! Its so good though. Especially in recipes that require slow cooking. People on the internet seem to be raving about boar ragu... yum.
Rabbit is a bit like duck or chicken, you can do almost anything with it, but tastes best done simply. Grilled, roasted, sauteed up with some rosemary and cherries. mmmmm

I recently heard someone say that our system is a mess, but they've studied a lot of political systems and ours is the best one out there.

Every year they say that this is the most important election of our lives. This one might actually be. We have two options for President neither of which will change the world but one option will move us forward. We have a messed up system of partisan politics and a huge country where people will never completely agree. But we have a system of checks and balances and representative government, so I hope you participate.

And the wind was blowing...

Last Monday I predicted that the Hurricane would be no big thing, and at my house it wasn't (though I did get to leave work early because they shut down public transit). But overall I was clearly wrong. Hurricane Sandy was a very big thing and still is and I hope you are able to take 5 minutes and $10 and make a donation to the Red Cross. (There has been some talk that there are better options, but the President said to donate to the Red Cross, so that's where I'll be donating).

My heart goes out to those who have lost everything, something, anything.

And I hope that even in the aftermath of devastation like New York and New Jersey are currently facing, those of us who are not dealing with the wreckage of our homes and communities will take the opportunity to make an emergency bag, or buy flood insurance, or not think its a waste of money for the local transit authority to put in better drainage.
Posted by ~h~ at 9:58 AM No comments: